Mental health collaboration with First Nations: Who is steering the canoe?

Dr. Rod McCormick says current Aboriginal health in Canada is a direct result of previous Canadian government policies — and that we must help communities reclaim their own healing resources

Dr. Rod McCormick was a keynote speaker at the 17th Canadian Collaborative Mental Health Care Conference, held in Kelowna BC June 17 and 18, 2016. His presentation, Mental health collaboration with First Nations: Who is Steering the Canoe?, explored the relationship between mental health service providers and Indigenous peoples of Canada. McCormick discussed the strengths and challenges of the relationship and provided suggestions for making the journey together more successful.

People First Radio’s Kevin Midbo was at the conference and spoke with Dr. Rod McCormick shortly after his presentation.

695_rod mccormick_indigenous mental health_ccmhcc_june_17_2016_40
Left-click to listen; right-click to save. 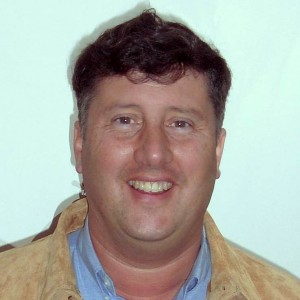 Dr. McCormick (Kanienkehaka) is a senior Professor and BC Government endowed Research Chair in Aboriginal Child and Maternal Health in the Faculty of Human, Social, and Educational Development at Thompson Rivers University.

Before moving back to his partner’s home on the T’Kemlups Indian Reserve, Rod was a psychologist and counseling psychology professor at the University of British Columbia for 18 years. Rod has also been a therapist and clinical consultant/supervisor for the last 27 years.

As a researcher, Rod been a Principal Investigator or Co-Investigator on 30 million dollars worth of federal or internationally funded research studies in Aboriginal health. Rod has published over 50 book chapters, journal articles, and numerous government research reports on Aboriginal health and mental health. One of his publications–Guiding Circles has sold over 75,000 copies worldwide.

Rod has also been a keynote presenter or conference presenter at over 100 national and international conferences and is frequently called upon by the media to comment on Aboriginal mental health issues. Rod serves on numerous National committees/boards such as the Advisory Council of the Mental Health Commission of Canada and on the board of the CIHR Institute of Aboriginal Peoples Health.