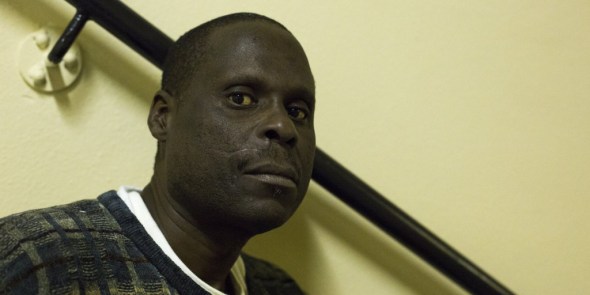 Harm reduction remains unknown to most North Americans, despite affecting millions. Like the film’s subjects, its non-judgmental approach to health care has often been ignored, or hidden in plain sight 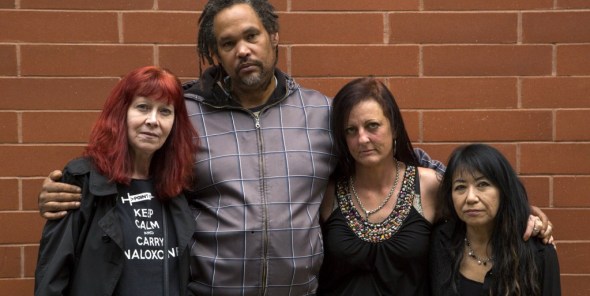 The Stairs follows the triumphs and heartbreaks of three resilient people, who perform
social work while struggling with their own addictions, told over five turbulent years.

The Stairs tells the story of Marty, Greg and Roxanne, each of whom survived decades of street-involvement. Using their experiences to ease the paths of others, each performs social work in their old neighbourhood, while struggling to maintain their newly-found stability. Told over five years, The Stairs is a non-judgemental character study of life on society’s margins. Defying stereotypes through intimate portraits, its remarkable subjects are by turns surprising, funny, shocking and moving.

Marty, Greg and Roxanne live and work in Toronto’s Regent Park neighbourhood, where they have lived and survived decades of street life. Each is funny, articulate, surprising: mother, grandfather, poet – and a habitual drug user. Performing outreach in their community – trying to give back – they struggle with tenuous lifestyles and past choices. With incredible access, this character-driven film follows each person from 2011, creating intimate portraits that challenge preconceptions.

In a dramatic, transitional period for Toronto, the complex struggles of these characters continue to intensify. Given Canada’s changing legislation regarding drug policy and sex work, and ongoing debates about violence against women, the material has never been more relevant. While the film’s location is specific, its stories are universal. 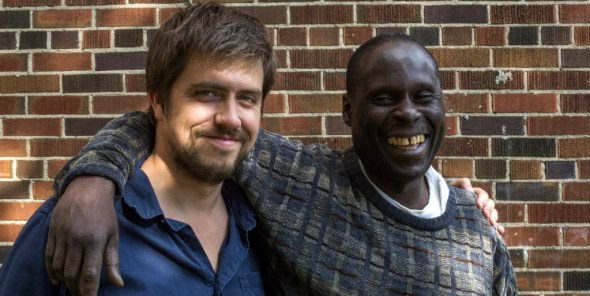 Hugh Gibson, director/producer of The Stairs with Marty, who performs outreach
for his community’s homeless and drug using populations

Since 2011, filmmaker Hugh Gibson been granted remarkable access to vastly misunderstood and misrepresented lifestyles. There are many films about poverty, drug use and sex work, but “very few that allowed subjects to take ownership of their stories, using the film as a conduit for their own self-expression,” Gibson says.

As I got to know Marty, Roxanne, Greg and others in their community, I felt that I’d rarely seen their experiences on film, and rarely seen anything that captured the essence of their personalities: funny, warm, unapologetic; focused on family and their community.

In a large community of under-serviced individuals, many yearn for expressive outlets, Gibson observes. “Together we saw the film as a way of capturing the honesty of their experiences; revealing their perspectives. I wanted to see, understand and feel stories that don’t get reported.”

The Stairs is being screened in Nanaimo on October 3, 2017 at 7:00pm at Vancouver Island University Theatre.

We speak with Hugh Gibson.