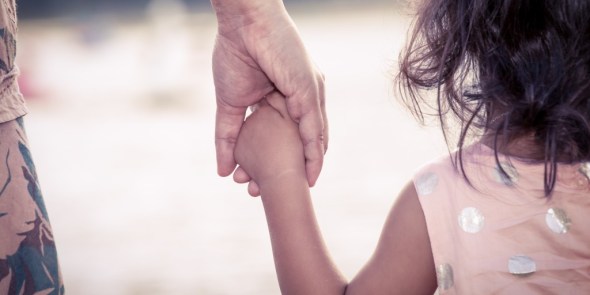 “Poverty negatively affects children’s physical, emotional and social development. We need to look after our most vulnerable: no child in BC should be limited because of poverty.”

Data in the 2017 BC Child Poverty Report Card [opens to PDF], released November 21, 2017 by First Call: BC Child and Youth Advocacy Coalition, highlights the income inequality that leaves far too many British Columbia families struggling to cover basic living expenses. One in ﬁve of our children still lives in poverty.

In 2015, while BC children made up just 18% of the province’s total population, they made up 22% of all British Columbians living in poverty.

The report contains new 2016 census data highlighting the much higher poverty rates among some groups of children in the province, with recent immigrant children at 45%, oﬀ-reserve Aboriginal children at 31%, and racialized (‘visible minority’) children at 23%.

Lone-parent families have the highest poverty rate in B.C.

With costs of living so high, families are forced to choose between "heat or eat" via @FirstCallBC #bcpoli #energypoverty https://t.co/wQuGNzHKX0

“Children living in lone-parent families continue to have the highest poverty rate at 47.7%, or close to one in every two children in these family types,” says Adrienne Montani, provincial coordinator of First Call. “As most of these families are led by women, this points to the continued need to make sure our poverty reduction eﬀorts address issues disproportionately affecting women, such as the gender wage gap and the lack of affordable quality child care.”

Other key ﬁndings in the 2017 report include:

“Poverty negatively aﬀects children’s physical, emotional and social development,” said Michael McKnight, President & CEO, United Way of the Lower Mainland. “We need to look after our most vulnerable: no child in BC should be limited because of poverty.”

In addition to calling for a provincial poverty reduction plan, the 2017 report card makes 21 public policy recommendations that would help reduce the child poverty rate to 7% or less by 2020. Key recommendations to the provincial government include implementing the $10 a Day Child Care Plan; bringing the minimum wage up to $15 an hour and indexing it, signiﬁcantly increasing income and disability assistance rates and extending the provincial child tax beneﬁt for all children under 18.

Additional provincial recommendations include enhanced supports for youth transitioning out of government care, removing ﬁnancial barriers to obtaining a post-secondary education, paying living wages and substantially increased investments in aﬀordable housing options for families, among others.

Federal contributions to many of these key areas are also targeted in the report’s recommendations, as well as areas that are under federal jurisdiction, such as enhancing Employment Insurance benefits and eligibility, eliminating refugee transportation loan debt and extending universal health coverage to prescription drugs, dental and eye care and hearing aids, among others.

First Call calls on both senior levels of government to end discrimination and immediately increase funding for First Nations child welfare, education and community health services and services for urban Indigenous people, and develop a long-term poverty eradication strategy in collaboration with First Nations and other Indigenous organizations and communities.

“The facts in this report remind of us how much work we have to do to live up to our obligations to children in this province,” said Scott Graham, associate executive director of SPARC BC. “The report also gives us a list of recommendations that together form a foundation for a robust poverty reduction plan with direct impact on the lives of BC’s poor children and their families.”

First Call: BC Child and Youth Advocacy Coaliton is part of Campaign 2000, a national network that marks the anniversary every November of the 1989 pledge by the House of Commons to work to end child poverty by the year 2000. The 2017 BC Child Poverty Report Card was prepared by the First Call Coalition with the help of the Social Planning and Research Council of BC (SPARC BC).

We speak with Adrienne Montani, coordinator of First Call: BC Child and Youth Advocacy Coalition.