For better mental-health care in Canada, look to Britain 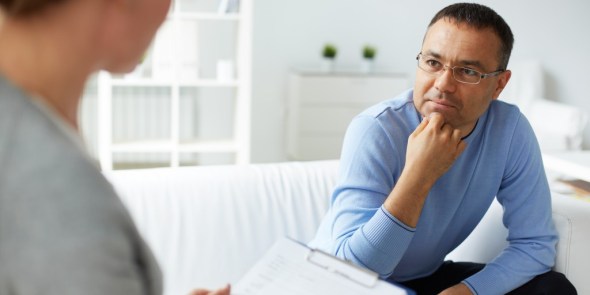 It may be the biggest change to mental-health-care services in five decades. Earlier this month, Quebec Minister of Health Gaétan Barrette announced that his province would publicly fund psychotherapy for people with depression and anxiety provided by psychologists, nurses and social workers. Ontario made a similar, if smaller, promise earlier this year and other provinces are considering similar initiatives. But how can we turn these big promises into big help for the hundreds of thousands of Canadians who could benefit? Two words of advice: go British.

One in five Canadians will experience mental-health problems this year – many with depression and anxiety – yet care is difficult to access. A recent major study found that only half of Canadian patients with depression received “potentially adequate care.” The irony? Good treatments already exist. Cognitive behavioural therapy (CBT) – a brief therapy that focuses on how thoughts affect mood and behaviour – is highly effective. Yet access is a profound problem. A recent study found that just 13 per cent of people in British Columbia with depression received any form of psychotherapy.

How to address the access gap? Countries such as Australia and Norway have made psychotherapy more available, as Quebec and Ontario propose. The most successful project: Britain’s National Health Service (NHS).

That experiment began with a chance meeting. In 2003, at an afternoon tea, economist Richard Layard began speaking to the person standing next to him, psychologist David Clark, asking if he knew much about mental illness. They had never met before, but soon realized that they shared a passion for improving mental-health care. They decided to team up to create a program with twin goals: it would be clinically and economically effective.

The Improving Access to Psychological Therapies (IAPT) initiative began with two sites, offering CBT as part of publicly funded health care. Under Labour and then Conservative governments, the IAPT has been expanded and expanded again, and is now offered across Britain at 35 sites, and includes adults and children (since 2010).

IAPT assesses about one million people a year, and more than 500,000 receive care through the program annually. The latest outcome data indicate that 51 per cent will recover with IAPT, and 66.6 per cent show significant improvement. Studies show that the elderly, ethnoracial communities and those with chronic physical illness also benefit – impressive given that these subpopulations can be hard to reach.

IAPT is also economically effective. Mr. Layard and Mr. Clark originally argued that by making psychotherapy more available, people would move off government support and into the work force.

To offset the additional costs of treatment, employment status needed to increase by 4 per cent. In fact, it increased by 5 per cent.

What are lessons for Canada? We suggest there are three:

When we met Mr. Clark this summer in his Oxford office, he emphasized the need for IAPT to continue to evolve. Canada is years behind. But in this British success, we can find a road-map for better access and outcomes on this side of the Atlantic. For hundreds of thousands of Canadians, that would be welcome news.

[This article was published in The Globe and Mail on Monday December 18th, 2017]  image top: istockphoto/getty images