Francophone students bike for a cause 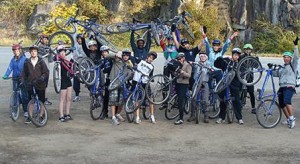 Nanaimo high school student Joshua Cheng is on the road with other B.C. francophone students to raise funds and awareness for homelessness. He’s Nanaimo’s first participant in the second year of a bicycle event organized by the B.C. francophone school district. END_OF_DOCUMENT_TOKEN_TO_BE_REPLACED

Tents for the homeless?

October 30th, 2008 | Posted by pfmarchive in uncategorized - (Comments Off on Tents for the homeless?)

The Victoria ruling and its impacts 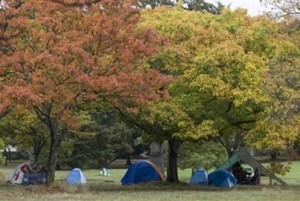 “I’m sleeping in a tent-city tonight,” David Johnson declared in an email from Victoria. Earlier that week, a BC supreme court ruling struck down Victoria bylaws making it illegal for homeless people to set up “temporary abodes” in city parks and other public spaces.

Within days, the City of Victoria responded with a new bylaw limiting the hours during which tents could be set up and police enforced the new bylaw by rousting campers at 7 a.m. END_OF_DOCUMENT_TOKEN_TO_BE_REPLACED

Prisoner of war: PTSD and the personal battle

October 2nd, 2008 | Posted by pfmarchive in uncategorized - (Comments Off on Prisoner of war: PTSD and the personal battle) 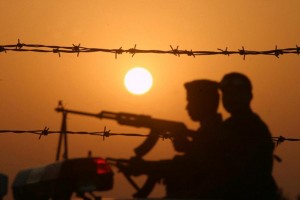 Rick joined the Canadian army right out of high school. He was a dad at age 19 and a paratrooper at 20. He served with the coalition forces during Gulf War I in Kuwait and was a veteran of war by the time he turned 21.

But “something was wrong” shortly after his return from Kuwait. For over a decade, Rick suffered from post-traumatic stress disorder and its destructive effects on his life. Then, he heard a story. END_OF_DOCUMENT_TOKEN_TO_BE_REPLACED