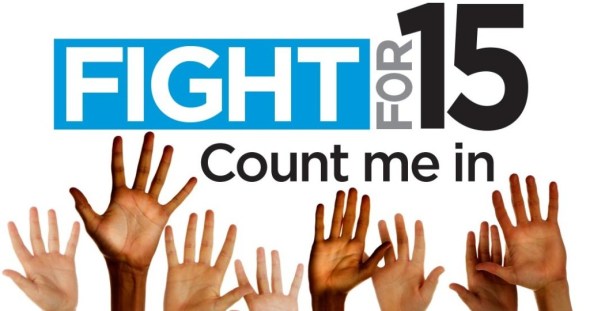 The B.C. Federation of Labour is calling on British Columbia’s government to increase the minimum wage to $15 per hour

END_OF_DOCUMENT_TOKEN_TO_BE_REPLACED

December 1st, 2014 | Posted by pfmarchive in uncategorized - (Comments Off on Hamperville Nanaimo draws attention to ongoing need for food security)

Hamperville Nanaimo project is launched for Christmas 2014, and asks for much-needed volunteer assistance and food donations as it continues to make a difference in the community 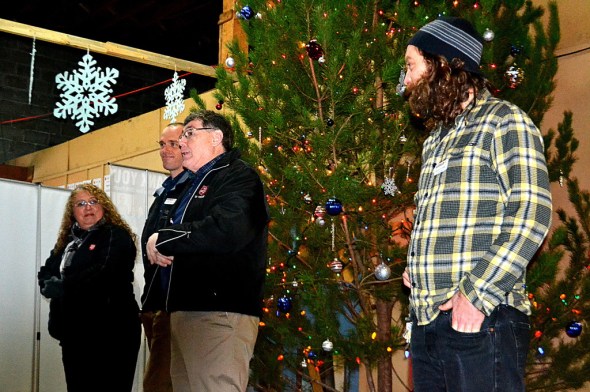 Christmas Hampers Nanaimo — known as Hamperville Nanaimo — is a community organization formed 11 years ago by the Loaves and Fishes Community Food Bank and The Salvation Army of Nanaimo. The groups gather food and cash donations and distribute them to the community in need at Christmas time. In 2013 Hamperville served over 5,400 people and distributed 2,450 hampers. Organizers expect that this year an equal number of hampers will be needed.

END_OF_DOCUMENT_TOKEN_TO_BE_REPLACED

How many youth will be living on the streets in Canada this winter?

November 10th, 2014 | Posted by pfmarchive in uncategorized - (Comments Off on How many youth will be living on the streets in Canada this winter?) 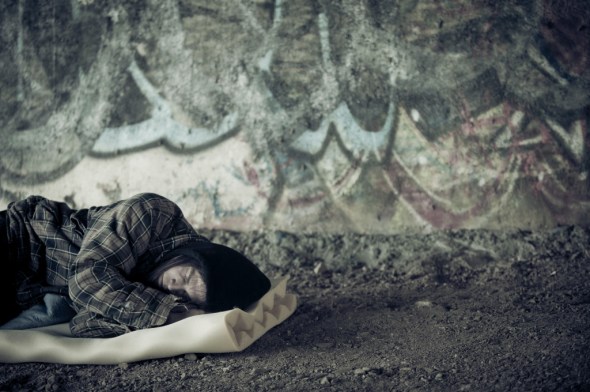 Many different terms are used to describe young people who are homeless, including including street youth, street kids, runaways, homeless youth, etc. According to The Homeless Hub, youth homelessness refers to young people between the ages of 13 and 24 who are living independently of parents and/or caregivers, and importantly, lack many of the social supports deemed necessary for the transition from childhood to adulthood.

END_OF_DOCUMENT_TOKEN_TO_BE_REPLACED

SirReal’s ‘Not Like Me’ a culmination of personal experiences brought to music, video

September 8th, 2014 | Posted by pfmarchive in uncategorized - (Comments Off on SirReal’s ‘Not Like Me’ a culmination of personal experiences brought to music, video) 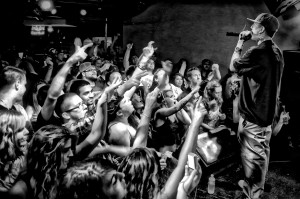 Vancouver Island hip hop artist Matt Dunae—aka SirReal—has released the official music video of a single from his upcoming mixtape; both are named Not Like Me. The song, as SirReal describes it, is a micro story, a “culmination of experiences and harsh realities brought to light.”

From the depths of early childhood addiction, to the long walk down struggle street, the story follows SirReal as a young man, caring for his mother, and bringing her back from an overdose on the brink of death. The video then shows the separation that occurred between two brothers as the family they had grown up in was torn apart.

END_OF_DOCUMENT_TOKEN_TO_BE_REPLACED

Poverty is a health issue, and it affects well-being

July 1st, 2014 | Posted by pfmarchive in uncategorized - (Comments Off on Poverty is a health issue, and it affects well-being)

Income is the strongest determinant of health—and living in poverty is not just an economic and political issue, but fundamentally an issue of human health

How much money you make is more important than what you eat, how much you exercise, or even your genetic make-up, says Dr. Ritika Goel. She’s a family physician whose interests lie in the health and well-being of marginalized communities including those in the inner city of Toronto, rural Canada as well as internationally. Ritika observes that a recent series of articles in the Ontario Medical Review “highlight the fact that poverty is a medical problem, and healthcare providers are seeing the impacts on the front lines.”

END_OF_DOCUMENT_TOKEN_TO_BE_REPLACED

Participants with mental illness, addictions thrive after being given apartments: five-year national study 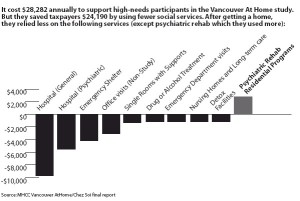 VANCOUVER—A five-year study that housed people with mental illness and drug addictions in apartments scattered throughout Vancouver found most participants stabilized their lives and coexisted peacefully with their neighbours. The findings mean residents should not be afraid of social housing mixed into neighbourhoods throughout the city, concluded the Mental Health Commission of Canada’s final report into the Vancouver At Home/Chez Soi research project.  Read the rest of this story at the Vancouver Sun…