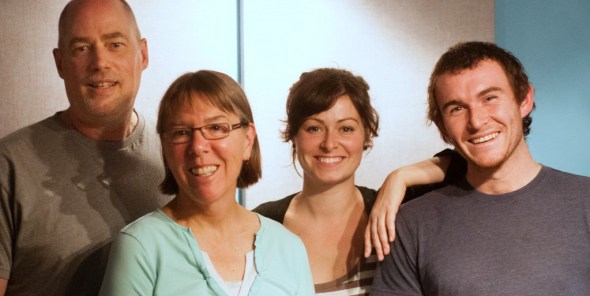 On November 22, 2007, Kevin Midbo and Jan Coleman sat in the CHLY studio in downtown Nanaimo and presented the first People First Radio episode. They were new to broadcasting, but not new to the key topics the radio program was designed to convey.

Homelessness and social housing, mental illness and mental health, and addiction and recovery — along with stories that touched, in one way or another, on any or all of those core topics — have been the mainstay of the program.

People First Radio interviews were uploaded to the Internet, beginning in January 2009, and the podcasts have traveled far and wide since that time. The segments receive approximately 20,000 listens every year.

In July 2014, @peoplefirstrad became the Twitter presence for the program, and last month PFR finally landed on Facebook. Oh, and along the way with much help from Nicholas Holt, we produced a few videos too. 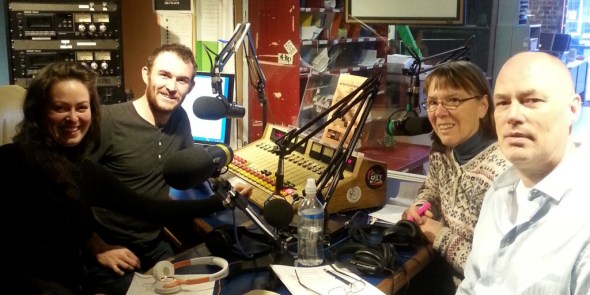 In the studio for the 8th anniversary retrospective broadcast on Thursday November 19, 2015.