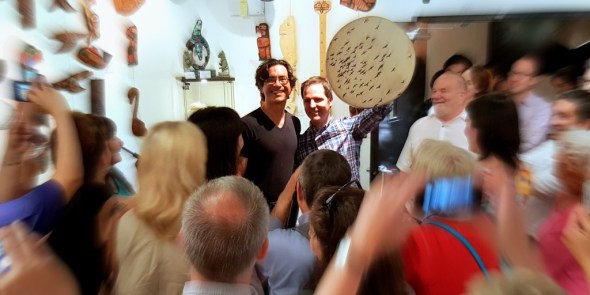 “Months on a trapline in the wilds of James Bay promised deliverance from the self-doubts that nagged me, even if I did worry about not having a clue what I was going to be doing out there,” writes Duncan McCue in his new memoir

The Shoe Boy. Duncan McCue’s memoir of a season spent hunting on a Northern Quebec trapline as a teenager is frank, funny and evocative. It’s also a beautiful rendering of a landscape and culture few people know. A reporter for CBC’s The National and the host of CBC Radio’s Cross Country Checkup, McCue is Anishinaabe — a member of the Chippewas of Georgina Island First Nation in southern Ontario — and currently lives in Toronto. This is his first book.

The publisher of The Shoe Boy, Nonvella, is a new Vancouver-based enterprise devoted to slim volumes of non-fiction meant to be read in a single sitting.

Image (above) from the launch of The Shoe Boy. Author Duncan McCue (left) with Nonvella publisher Tyee Bridge (right). 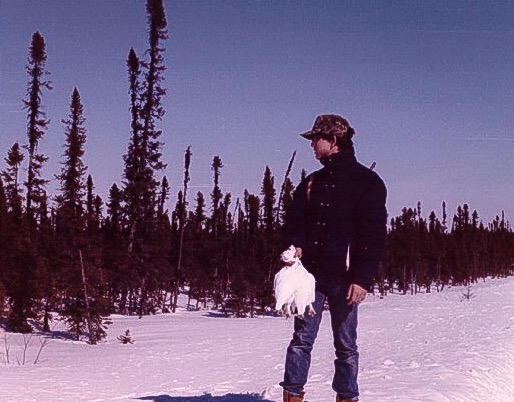 A young Duncan McCue on the hunt.

At age 17, Duncan McCue spent five months in a hunting cabin with a James Bay Cree family. His coming-of-age memoir of those days is frank, funny and evocative. It’s also a beautiful sketch of the landscape and culture of the Cree— a nation still recovering from massive hydroelectric projects that flooded over 11,000 square kilometres of their traditional territory.

The one place I always felt at peace – freed from paralyzing nerdiness or confusing cultural duality – was outdoors. Navigating a boat on the lake, skating on a pond, sitting on a dock under a night sky, I felt more harmony than could be found in books. The pleasure I experienced in natural settings made me terribly envious of my Cree peers. They possessed knowledge and confidence I did not – to shoot a goose, set a snare, build a tent – to survive on the land. I wanted that. I wanted to be able to read the land as assuredly as I could delve into Shakespeare’s sonnets.  — Duncan McCue, The Shoe Boy

Duncan McCue’s story deftly entwines the challenges of identity for First Nations youth, the sexual frustration and hopeful confusion of the teenage years, and the realities of living in an enduring state of culture shock.

“It’s about the experiences that I had as an urban Ojibwe teen, living in the bush and what that was like for me,” said McCue. “The whole memoir is about me trying to struggle and learn about my cultural identity as an Indigenous person, as Anishinaabe.”  —  UBC Graduate School of Journalism

We speak with Duncan McCue.

Congrats @duncanmccue on the launch of #TheShoeBoy. Here's part of your reading from the launch tonight. pic.twitter.com/YJ4AP8C9HW 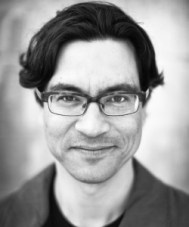 Award-winning journalist Duncan McCue is the host of CBC Radio One Cross Country Checkup. McCue was a reporter for CBC News in Vancouver for over 15 years. Now based in Toronto, his news and current affairs pieces continue to be featured on CBC’s flagship news show, The National.

McCue has spent years teaching journalism at the UBC Graduate School of Journalism and was recognized by the Canadian Ethnic Media Association with an Innovation Award for developing curriculum on Indigenous issues. He’s also an author: his book The Shoe Boy: A Trapline Memoir recounts a season he spent in a hunting camp with a Cree family in northern Quebec as a teenager.