Life-long focus on Inuit culture, and art in the everyday, drives creative purpose 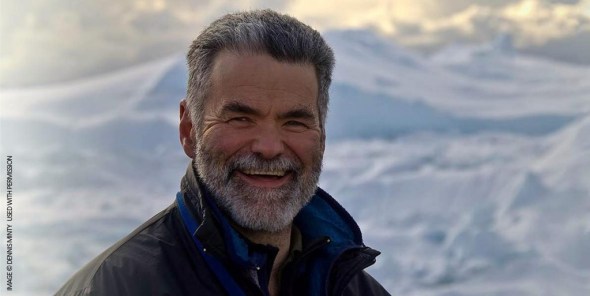 A lifetime spent immersed in the art, culture and everyday lives of Canada’s Inuit and east coast maritime communities has helped make John Houston into a Canadian renaissance man

Born in 1954, John Houston spent his first eight years in the Canadian Arctic. Early immersion in Inuit culture has affected his entire life. In British and Ontario schools, John lost his fluency in Inuktitut, but still called the North home, and spent summers on the land with Inuit friends. Screen capture from “The White Dawn”

Houston’s first job in film was as coffee boy on The White Dawn (Paramount/73), adapted from a novel by his father, James Houston. He graduated from Yale University in 1975, having spent his junior year in Paris, printmaking at Atelier 17 while perfecting his French. 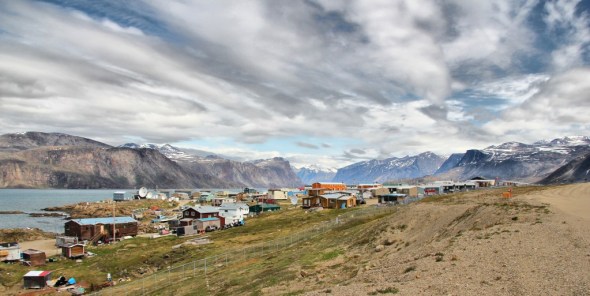 Pangnirtung is an Inuit hamlet, Qikiqtaaluk Region, in the Canadian territory of Nunavut,
located on Baffin Island [image source: Wikipedia]

When Inuit artist Lipa Pitsiulak offered him the position of Art Advisor to Pangnirtung’s printmaking project, he seized the opportunity to return north. John enjoyed the position for five years, bringing out four remarkable graphics collections, regaining fluency in Inuktitut, and creating the story idea for Art of the Arctic Whalemen, a documentary directed by his father. 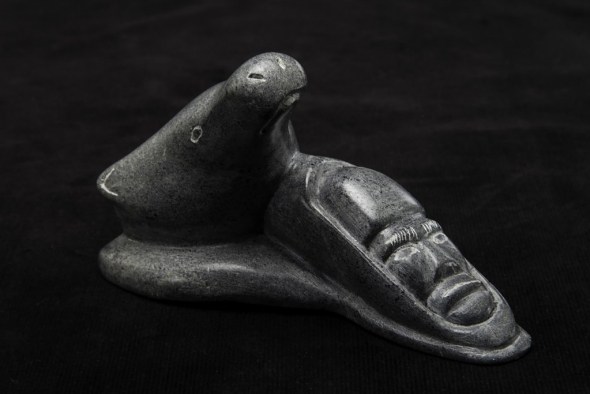 Hollywood called, and John Houston was off on a 20,000 mile trek, casting Inuit for Carroll Ballard’s Never Cry Wolf (Disney/82) on which he served as 1st Assistant Director. With the proceeds, he and his mother established Houston North Gallery in Lunenburg, Nova Scotia, now in its 33rd year of showcasing Inuit art. They also co-founded Folk Harbour, the province’s longest-running music festival. Since 1991, John has guided eco-tourists on Arctic sailings with Adventure Canada. He worked on films around the world, and rejoined Ballard to make Fly Away Home (Columbia/96). 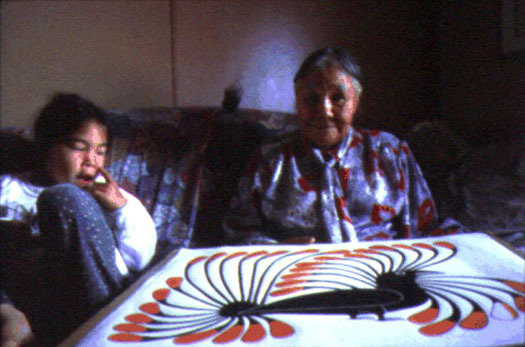 With 25 years of helping directors to realize their vision as his apprenticeship, John started filming his own stories in 1998, co-writing and directing Songs in Stone, a one-hour documentary about the collaboration between his parents, James and Alma Houston, and the Inuit of Cape Dorset, that launched Inuit art onto the world stage. His Arctic trilogy continued with a quest for the ancient Inuit deity, Nuliajuk: Mother of the Sea Beasts, and was capped by Diet of Souls, a look inside the mind of the Inuit hunter. Then Kiviuq, a performing arts special, revived the ancient Inuit shaman/hero whose story missionaries strove to eradicate.

Next, John made a celebration of his father’s life, James Houston: The Most Interesting Group of People you’ll ever Meet, and most recently, for John’s first drama, he adapted his father’s children’s book, The White Archer. Growing up between two cultures gave John a deep appreciation for the sustainable values he explores in his work. His six films have all won national and international awards.

John lectures and screens his films nationally and internationally, including presentations at Yale, Berkeley, the Smithsonian (Washington and NYC), Montana, Vancouver, Spain and soon, Tokyo.

Over the years, John’s photography has found its way into public and private collections. He has recently issued a wall-sized environmental photographic mural, “The Six of Bees.”

John shares a Halifax heritage home with his wife and fellow Fellow of the Royal Canadian Geographic Society, Ree Brennin Houston. They enjoy spending time with John’s son Dorset and visits from his daughter Becky Kilabuk of Iqaluit.

We speak with John Houston, in an extended interview.

694_john houston_artist photographer filmmaker_inuit_june_16_2016_40
Left-click to listen; right-click to save.